Oktober 2003: gebundenes Buch ALLAN WILLIAMS IS … THE FOOL ON THE HILL

Oktober 2003: gebundens Buch ALLAN WILLIAMS IS … THE FOOL ON THE HILLAutor: Lew Baxter. Verlag: Praxis Publications, England. ISBN-10 0-9531995-7; ISBN-13: 978-0953199518Gebundene Ausgabe; Hochformat 24 cm x 16,5 cm; ca. 240 Seiten; 54 Schwarzweißfotos; englischsprachigInhalt: Acknowledgements; Prologue – The charmer and chancer who John Lennon asserted was the main man;Missing Macca at the Cavern – again – and those early Beatles days that led to the crazy steamy but characterbuilding Hamburg nights; How to cops and council wimps screwed up Allan´s – and Britain´s – first open air popfestival; The tale of the bull´s testicles and ´rocking´ adventures on the Spanish Costas; A spell in a Welsh jaillooms and hard days nights at the Blue Angel as celebrities line up to be insulted; Yet for all those friends andlovers, there is no one compared to Beryl Adams and Bob Wooler; Letting rip in Russia and Georgia as Allan´s´new´ Beatles-Blitz plan collapses into a shambles; Allan tells Blitz to ´f**k off , just like the Fab Four, but ´atleast they could play´….and gives the Russians a run for their roubles while painting Moscow red; The frolicscontinue in Moscow as Allan is nearly murdered by a jealous husband and is then accused of stealing a war hero´smedal; The endless long and winding road peddling those Mop Top memories across the globe but banned fromAmerica´s biggest Beatlesfest!; Yoko gets an ear bashing from Allan as she makes an urgent early morningtelephone call from New York, then a Jacaranda musical hits the skids in the Big Apple; Allan gets a rollickingfrom Yoko as he tries to flog her ´stolen´ rare Beatles BBC film footage but he insists… ´Hey! It was justborrowed, sort of…´; ´Sure the two surviving Beatles are my buddies, I hope´…although Paul McCartney mightargue differently after the ´Leather Trousers´fiasco; Showbiz courses through Allan´s blood thanks to hispromoter Dad , who might well have booked McCartney´s father´s band; Jane Asher scoffs at Allan´s ´pecker´after she watches in awe as he simulates sex – in the nude – with a gooat on the stage of the National Theatre!;The beat goes on and Allan swears that he´ll probably see them all off … apart from his blood brother WhiteCloud, chief of the Ojibway tribe; Backward into the future by Peter Grant; The Sting in the Tale – the day Allangave Bill Haley a rocket…..and the sack!; Sources and bibliography.Pressetext: This beautiful book contains a selection of images, and viewpoints of Liverpool. The book approachesthe subject of Liverpool from a number of unusual angles, it is not just a collection of pictures designed to appealto tourists, but a reflection of the City as seen by the people who know and love it best. Familiar places are shownfrom unusual angles, everyday scenes are transformed when pictured at night or through a light mist – it isLiverpool, as you have never seen it before. Alongside the photographs are a number of quotes: the opinions andreflections of Liverpool people, many of them children, about their experience of life in Liverpool. All in all it is apositive celebration of The life of LIVERPOOL, from the magnificence of its buildings and the beauty of itswaterfront, to the pride of its people. The life of LIVERPOOL was designed by Nicolls & Nicolls withphotographs by Guy Woodland, the foreword is by Professor Peter Toyne DL. Liverpool John Moores UniversityAbout the Author: Publisher Guy Woodland was born in Karachi and has lived and worked extensively inAustralia, Pakistan, Ethiopia, Portugal, Brazil and the UK. He studied at Blackpool and Fylde College, earning adiploma in professional photography. He owns liverpoolphotos.com, an online global picture resource andoperates internationally as a photographer.He is a co founder and director of cities500 and an associate of BargePole Press, an international collaboration of writers, photographers and graphic designers. He has previouslypublished the popular photographic studies, The Life of Chester, The Life of the Gateway Theatre and the Life ofLiverpool as well as a profile of the sculptor Stephen Broadbent and an architectural book Shed KM . He alsopublished World Heritage City, the acclaimed photo/essay book celebrating Liverpools UNESCO status, as wellas Waterfront, a photographic essay study of Liverpools hypnotic river frontage; and a collection of MikeMcCartneys photographic memories in the critically acclaimed Mike McCartneys Liverpool Life. He was also coauthor of Liverpool The First 1,000 Years, The Grand National Quiz Book and Cross the Mersey and TheChristmas Day Liverpool Quiz book where he is a director of Garlic Press Publishing. 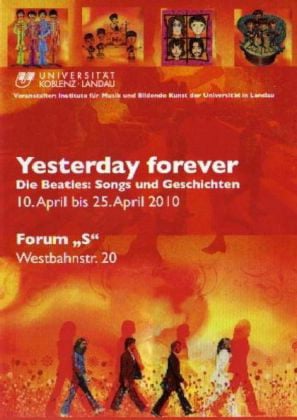